11900 KILOS OF GARBAGE COLLECTED ON A SINGLE DAY AT FUNCHAL 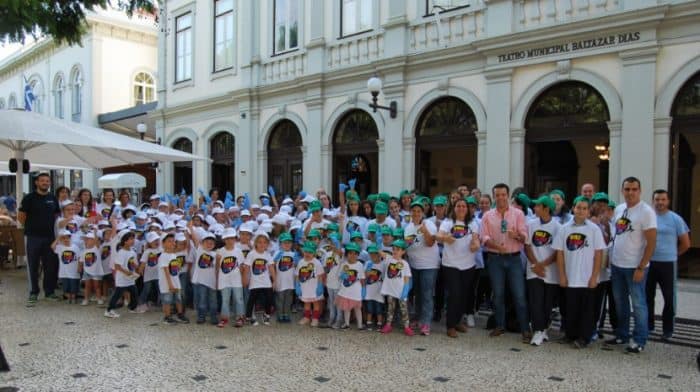 Funchal City Council yesterday joined the “Clean Up the World” global campaign, which is part of the United Nations Environment Program.
Funchal actively participates in these annual campaigns, with its own program “Clean Funchal do Mar à Serra”, which this year was the main partner of the Café do Teatro Group, “counting on the initiative, also with the contribution of about 1000 volunteers of several public and private entities, without which it would not be possible for the Autarchy to launch this type of action on a large scale, “explained the Councilor for the Environment, Idalina Perestrelo.
Overall, 1900 kg of garbage was collected throughout the county yesterday.
“Thinking Globally, Acting Locally was the motto of this campaign, portraying well its objectives, that is, sensitize the entire population for the cleaning and conservation of the environment, through an action as impacting as the collection of garbage in public areas.
It was the case of riverside beds, outdoor areas and areas of housing complexes, beaches and schools, among others, “praised the Vereadora.
Idalina Perestrelo stresses that “the campaign had a strong pedagogical component, giving continuity to the multiple actions of Environmental Education that the Autarchy develops throughout the year.
Responding to the appeal of the CMF, 20 educational institutions participated in a total of 628 children and adolescents and 73 adults. “The municipality’s Public Councils, the Public Security Police (PSP) the MarFunchal Municipal Company, the Marine Biology Station of Funchal, the Funchal Volunteer Firefighters (BVF), the Funchal Firefighters (BSF), the Olho-te Association, the Funchal Ecological Park, the Funchal Community Center, the Municipal Gymnasiums of Barreirinha, St. António and S. Martinho, as well as the residents of the housing complexes of the Municipality of Funchal.