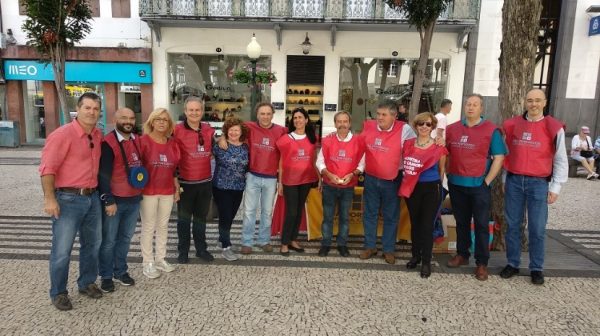 The Portuguese League Against Cancer concludes this Monday the pedestal, running since last October 31, in the streets, churches and commercial areas of the Region.
Ricardo Sousa, president of the regional delegation of the Portuguese League against Cancer, praises the generosity of the population and more than two hundred volunteers who, over the last few days, have joined this cause.
In the Region, the peddler joined several personalities. Among them, the president of the Maritime, Carlos Pereira, journalists and politicians like José Manuel Rodrigues, CDS, Manuel António Correia, former secretary of the Environment.