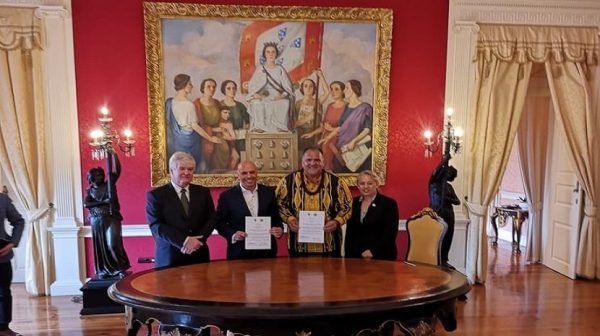 The Municipality of Funchal recently hosted an official delegation from the City of Kauai, in the State of Hawaii, in the Hall of Paços Noço do Funchal. They were honored the Madeiran immigrants who in the 19th century crossed the world to the islands of ‘Aloha State’, as it is also known.
The ceremony was attended by the entire executive, and the Hawaiian delegation was composed of the ‘Mayor’ of Kauai and his staff.
One of the areas of the visit is to promote better relations in tourism, agriculture, culture and education. The ‘Mayor’ Bernard Carvalho highlighted the similarities between the islands and left the proposal to Paulo Cafôfo, one day to return the visit.