NIGHT OF THE BAT FOR PRESERVATION OF THE SPECIES 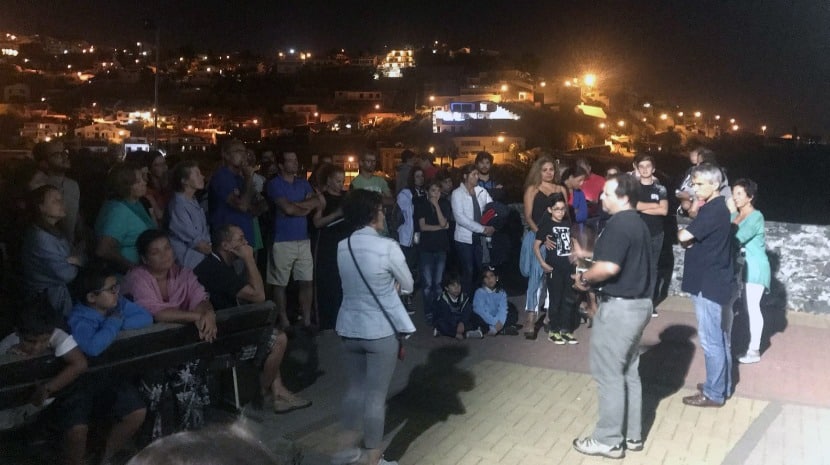 As part of the International Bat Night celebrations, the Institute of Forests and Nature Conservation (IFCN), in collaboration with the company Madeira Fauna & Flora, gathered around 50 people in Caniço.
The aim was to make everyone interested a little more aware of the importance of these mysterious mammals, which also inhabit our Region.
The initiative, which took place in the Cristo Rei-Garajau, sought to answer some of the doubts raised about bats, including: What are they? What do they eat? Where they live? How do you see in the dark? What to do when we find them? At the site, participants also had the opportunity to hear the echolocation issued by bats through the use of ultrasound detectors.
International Bats Night is held under EUROBATS, which is an Agreement on Bats Conservation in Europe, of which Portugal is a member.
As its own indicates, this event is celebrated internationally in several countries, with the main objective of sensitizing the population to the conservation of these mammals. In Madeira we can find several species of resident bats, among them, Nyctalus leisleri verrucosus, Pipistrellus kuhli (Bat of Kuhl), Pipistrellus maderensis (Wood Bat) and Plecotus austriacus (Gray Bat-eared Gray).
Bats have until recently been ignored by the institutions involved in the conservation of animal species due to the little knowledge hitherto available, as well as to their poor public reputation. Gradually, these animals, many of them are among the most threatened, have begun to occupy prominent places in the intervention priorities of conservation institutions.
There are a number of threats that have contributed to declining populations of some species of bats, including direct persecution, pesticide use, the disappearance of feeding grounds, and the disruption and destruction of shelters.
With this initiative, the IFCN contributed to increase the knowledge of the population about these animals, and also to demystify some prejudices that still exist in relation to them.