NUMBER OF PENDING PROCESSES IN THE MADEIRA REGION HELD FROM 35 THOUSAND TO 21,7 THOUSAND IN FOUR YEARS 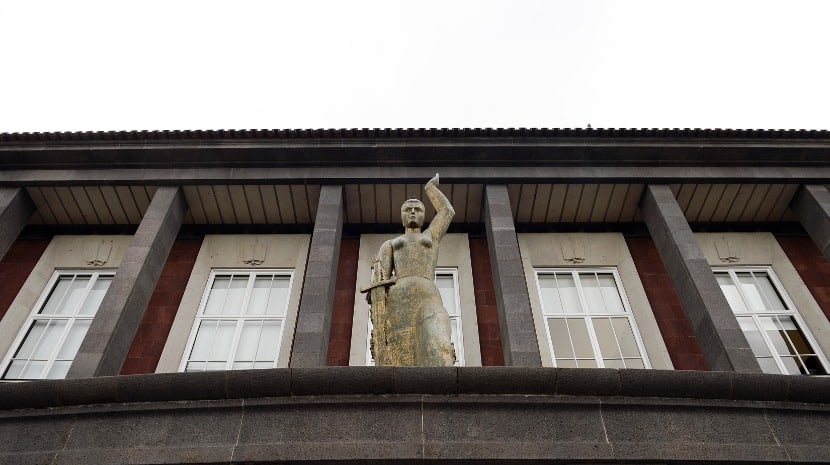 The number of pending cases in the Region of Madeira has decreased since its installation in September 2014, when there were 35,015. At the end of 2018 there were 21,784 remaining. This is one of the conclusions of the 2018 annual report of the Judicial Court of the Region of Madeira, which also states that during the same period, 71,474 cases were filed and 83,739 were extinguished.
Judge Judge Paulo Barreto, Judge President of the Judicial Court of the Judicial District of Madeira, signed the decision “to reach the end of this second and final term – a little more than a year (ending March 2020) – with approximately 17,000 / 18,000 cases, slightly more than the number of cases filed annually. ”
Despite mentioning that the great majority of the pending cases in the first instance is already 2017 and 2018, Paulo Barreto considers that “it is necessary to recognize that there is still a fringe of old processes, with enormous difficulty of processing and conclusion.” Something that “happens due to several factors, including the passing of procedural parts, which makes it necessary to call the heirs, many abroad and even in part uncertain, called to the process of many parties (there are processes that exceed a hundred), the carrying out of first and second examinations, the repetition of judgments by higher courts, etc., “he explains.
The judge also refers to the dematerialisation of the proceedings regarding the execution court, recalling that “this is the only judgment in which dematerialization is complete, in the sense that judges and bailiffs work only in the electronic process and without paper support , we must also say that in all the judgments of the region there is a strong tendency towards absolute dematerialization. ”
Also in this sense, Paulo Barreto states the various measures taken to ensure a better monitoring of the work developed throughout the region through the use of new technologies.
Regarding human resources, the presiding judge points out that “the human factor is an essential element in judicial activity”.
“It is important the stability of the judges, so I see with satisfaction the increase in the cadres of execution and commercial judgments, judgments that correspond to 75% of the procedural volume of the region,” he says. “The increase of these cadres does not mean more judges, but only that, instead of having auxiliary judges, we will have effective judges.”
However, Paulo Barreto says that “as far as district court officials are concerned, it disturbs knowing that 45.09% are over 50 years of age, people with many years of work and with accumulated fatigue resulting from a very exhausting profession.”
“It is primarily law enforcement officers who deal with court users and lawyers, who are often unfairly criticized and respond to acts and decisions that are completely alien to them. The county needs to complete and renew the cadre of bailiffs (12 deputy scriveners are missing). In view of the above (aging and lack of bailiffs), those who are performing functions in the region deserve even greater merit, since without them it would be impossible to achieve the positive results that are presented successively. ”
In conclusion, he is satisfied to note that, “during the month of January, four new administrative assistants will arrive in the region. They are not bailiffs – they will not work in the proceedings – but will make a strong contribution to the central units (receiving papers, answering phone calls, issuing criminal record certificates) and archives in the county. There will be two to Funchal, one to Santa Cruz and one to Ponta do Sol. “