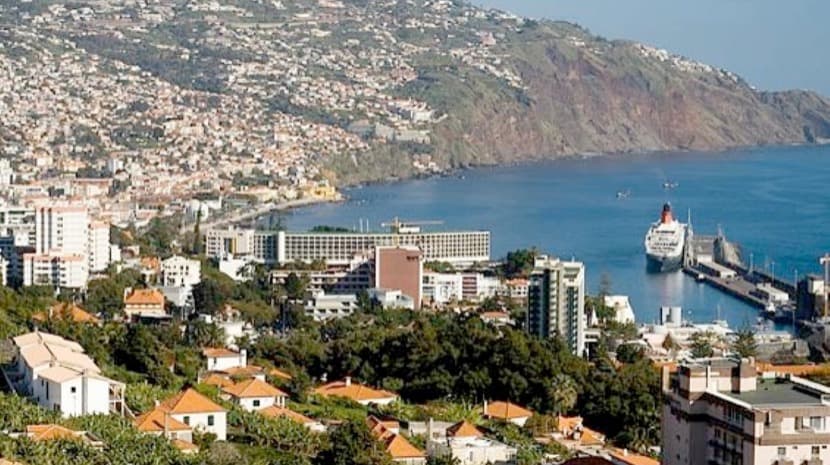 The Holy Family Parish of Funchal, Madeira Island, is promoting an intensive Portuguese language course for Portuguese-descendants from Venezuela, who are seeking to resume their lives in the homeland of their parents and grandparents.
In an interview today with the ECCLESIA Agency, Father Nélio Mendonça, parish priest of the Sagrada Família, points out that this project, which began in August, mainly supports Venezuelans with “second and third generation” connections to Portugal, and that they have their roots.
People who had to leave Venezuela due to the “catastrophic situation” that the country faces, “who speak mainly Spanish and who have to learn Portuguese in order to return to the job market, to find a job, whether in Madeira or in the Continent.”
“Many have come to Madeira because of the support they still have here, some have their own houses, others stay with relatives. There are better situations and others of greater difficulty. I know of people who are waiting in Venezuela for the family here to collect the funds necessary for them to catch the plane, “says the priest.
This intensive course of Portuguese for Luso-descendants is taking place in the facilities of the Sagrada Família Parish, in Cruz de Carvalho, near the Central Hospital of Funchal, with essentially younger students, “under the age of 40”, and has a cost of registration fee of € 20 per month.
The classes take place twice a week, in a post-work schedule, and are guided by Aura Rodrigues, also returned from Venezuela, with training at the Camões Institute in Caracas, who is currently in charge of Madeira by the Venexos Association.
An organization that provides assistance to Venezuelan emigrants in Portugal and also to communities in Venezuela.
“The demand for the course has been increasing, so we are preparing to open a second edition of the project, starting in September, with another schedule and on other days. We will always try to adapt ourselves to the needs and the demand of the people “, stresses the priest Nélio Mendonça, who outlines” a positive balance “of the initiative, until this moment.
“The problem in these situations is always when people feel isolated and without perspective, and in these classes they feel that they are at home, that there is somehow a common feeling. There are forums or spaces where people can meet, whether to learn a language or to share experiences, this is always positive “, emphasizes the parish priest.
For several of these people, the job search has encountered another obstacle: the obligation to have their literary and professional qualifications recognized.
“These people seek equivalence for their studies, 12th grade or higher education. In some situations it is easier, in others not so much. And it is necessary to bring the certified documents, with the stamp of the respective Faculty or School that they attended, because without this it is much more difficult “, underlines the priest, who has already been aware of several situations of this sort.
“I know of people who came in a hurry and did not bring this documentation. And I also know one case or another in which they returned to Venezuela to bring these certifications, “says the priest.
According to statistical data of the Venexos Association, about 4,000 Venezuelans and Luso-descendants are currently residing in Madeira.
Father Nélio Mendonça is confident of the future of these communities, because “they are very proactive, very dynamic and enterprising people”, something that “is an asset for both Madeira and the country or even for the church”.
“Our emigrants, especially in Venezuela, are much more likely to preserve the faith they have taken from their parents. They are a very active Catholic community and they bring this religious component very affirmative, which is worth noting, “he praises.
The serious social, political and economic crisis that has taken over Venezuela is causing more and more Portuguese and Portuguese-descendant emigrants to return to Portugal or to go to other countries.
Father Nélio Mendonça hopes that from the project of this course he will be able to continue to support those who need it most, and he also challenges the people of Madeira to help the Venezuelan communities, for example by using the Venexos Association.
“Worse than those who return, who have a family support abroad, are those who would like to leave and that is completely impossible. The natural citizens of venezuela are in a very difficult situation, and almost nobody speaks of them, “laments the parish priest of the Sagrada Familia in Funchal.
If you want to take part in the intensive Portuguese language course for Luso-descendants, opened by this Madeiran parish, you can find more details and contacts through the website of the organization in the network only

Prev post ZUMBA, SALSA AND MUCH MORE THIS SATURDAY
Next post LULA WITH MORE THAN 100 KG FISH IN THE SEAS OF MADEIRA