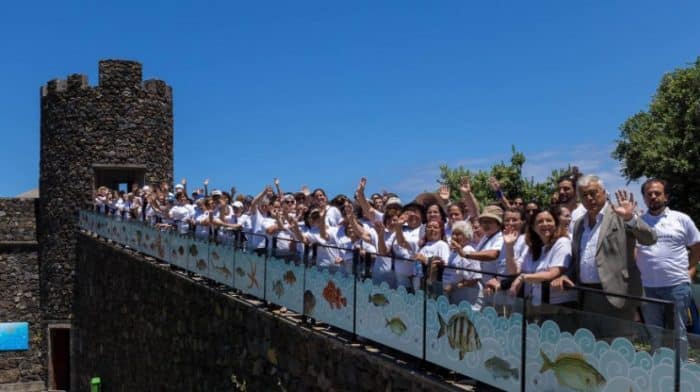 As part of the celebrations of the International Day of the Elderly, a group of elderly people, accompanied by the mayor of Porto Moniz, left for the Azores today.
The initiative, organized by the Support Office for the Elderly, had a strong support from the residents, who did not want to miss the opportunity to visit the neighboring archipelago.
For Mayor Emanuel Câmara, “the elderly are the ones that deserve the best attention from my executive. Today they are elderly, but yesterday, as young people, they were the ones who made Porto Moniz what it is now. ” He went on to say that the quality of life of the elderly in the municipality will continue to focus on the creation of the Elderly Support Office by the socialist executive, who will be able to more easily understand and respond to the needs of the day- day of those whose age imposes some limitations. The GAI is, in a county with the population mostly aged, a winning bet that already counts with about 640 enrolled. Through the “Vida +” program, there is a clear commitment to combating physical inactivity, both with physical activity classes and water aerobics, and with the organization of intergenerational walks. The pharmacy check was also created, in the amount of € 120 per year to support the purchase of medicines.
The GAI also provides a team consisting of a sociologist, a psychologist, a nurse and a social worker who accompany the elderly in different contexts and in home visits, assisting them and carrying out a constant and detailed diagnosis of their needs. The mayor says that “these are the measures that all the elderly, even outside Porto Moniz, should have right. It is the governance of proximity and always for the people, because without them, no mandate would make sense. As leaders with responsibilities, we must always serve people and never serve people, “he finished.
In a three-day program, there are scheduled trips to the most important points of the island of S. Miguel, especially the visit to the Lagoa das Sete Cidades, Terra Nostra Park and Furnas, including tasting the typical stew.
Due to the significant affluence, the Municipality of Porto Moniz distributed the elderly enrolled by two groups, repeating the same program between 21 and 23 October.