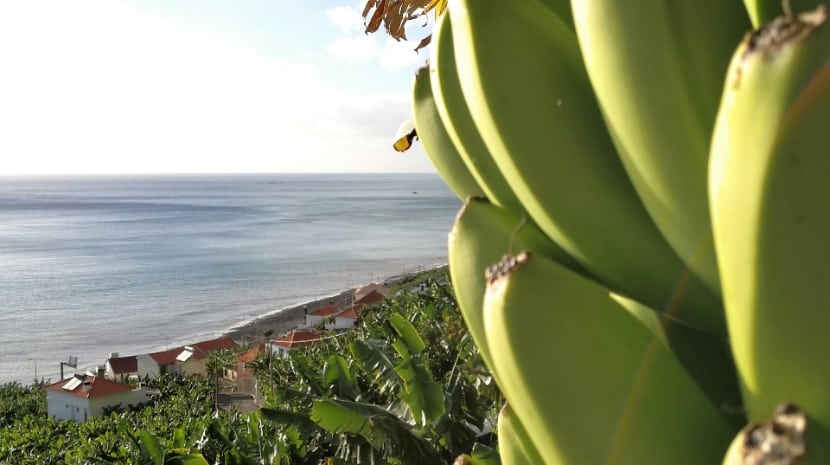 The Madeira Banana is present at the largest fruit and vegetable trade fair in the world, Fruit Logística, in Berlin, which runs from 6 to 8 February.
According to the information provided by GESBA, this is a joint presence with the organizations that represent the sector: GESBA – Banana Sector Management Company, (Banana da Madeira), ASPROCAN – Association of Producers Organizations Plátano de Canarias and UGPBAN – Union des Groupements de Producteurs de Bananes de Guadeloupe & Martinique, under the European program for the promotion of the graphic symbol of the outermost regions, the symbol RUP.
The symbol identifies agricultural products from the ORs and was created by the EU to increase the competitiveness of the outermost regions of the European Union, especially in relation to products from “third countries”, ie non-EU countries. The RUP Symbol guarantees that the products are grown in these territories, respecting the highest standards of European quality and food safety, as is the case with Banana da Madeira.
The program, co-financed by the European Union, aims to increase the competitiveness of the Union’s outermost regions and strengthen the position of its agricultural products on the European market.
Europe consumes 6.5 million tonnes of bananas a year. Of this total, 700,000 tonnes come from the outermost regions of the EU, where Madeira’s Banana represents around 20,000 tonnes per year.
It is a highly competitive market where European productions have strong competition: 1.1 million tonnes come from Africa, and Latin America is the largest supplier with 4.7 million tonnes.
EU regulations do not fully apply to these “third countries”, which means that they can produce their bananas at a lower cost and sell them at a lower price. This is a major challenge for European bananas, as is the case with Banana da Madeira.
In Madeira, 2,900 farmers grow about 20,000 tons of bananas a year. They are represented by the producer organization GESBA, which manages the banana sector in Madeira. Its main mission is the collection of the banana from Madeira in the producer, through classification, certification, packaging and preparation for distribution and marketing. The great commitment of the company is the valorization of the product, in terms of its quality and flavor.
The presence in Fruit Logística is a statement of the European Bananas in the world’s largest agricultural fair.
For Jorge Dias, manager of GESBA: “The presence in Fruit Logistica is a unique opportunity to affirm the value of the agricultural products of the Outermost Regions of the European Union, in particular the Madeira Banana. This fair is also important to look for new markets and new distribution channels, as well as to find new logistics solutions that value the quality and sustainability of food products. ”
“This is an important moment to showcase the work that has been carried out in promoting European bananas, such as Banana da Madeira, and to present its differentiation against other competing products,” adds Artur Lima, manager of GESBA .