Whats Happening in Madeira This Weekend? 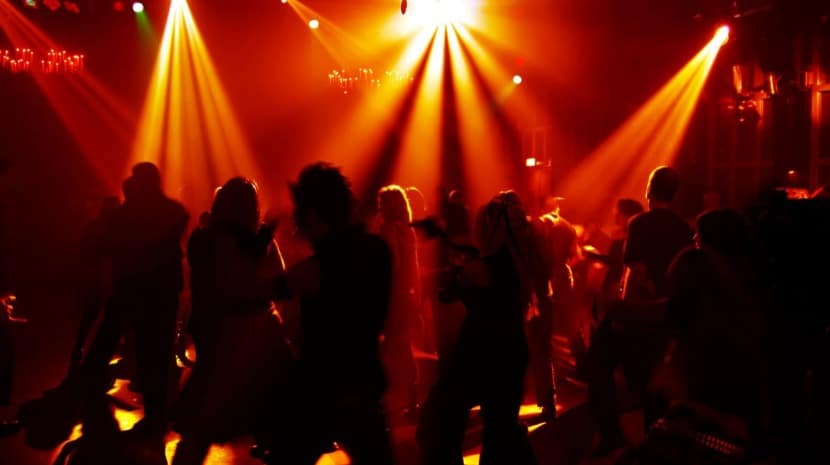 This weekend invites you to go out, living the best that Madeiran events have to offer.
The return of Mafalda Veiga to Madeira is the highlight of Saturday, where the greatest successes of the career of one of the main figures of Portuguese music will be sung in unison with the whole audience of the Congress Center.
The start of the 2018 edition of Madeira Piano Fest is also featured for all keyboard lovers, with musicians coming from Russia and Germany.
This weekend, the suggestion ‘Put yourself in the street’, the Xarabanda group, is to be taken to the letter!
The following is the detailed program for the next few days:
FRIDAY, November 2
Presentation of the book ‘The Pinch of the Father’ at FNAC – 7:00 p.m.
Rui Marques will be in Madeira, on the occasion of a cooking workshop where he will teach you how to make your mango mousse. During the event, he will present his work dedicated to family food and the importance of eating well every day.
Halloween party at Princelandia – 7:30 p.m.
The tradition of the scariest night of the year returns to play for the younger ones. The children are invited to dress in their best disguise, for a program that features a themed dinner, parades, witches’ ball and shivering games. Registration is limited at a cost of 25 euros per child.
Night of Fados in the Rustic – 8:00 p.m.
The Fado Association of Madeira will conduct tonight dedicated to fado in one of the reference restaurants of Caminho do Monte. At a cost of 10 euros per person, the tradition is fulfilled with a menu that includes green broth, chorizo, bread and drink.
AnimaParty at the Lighthouse of Delights – 20:30
The musical group composed by Fábio and Dúnia returns to the Farol das Delícias bar, located next to Madeira Shopping, for an early evening with lots of musical entertainment and karaoke.
Anniversary of the Orfeão Madeirense at the Baltazar Dias Theater – 9:00 p.m.
The 99 ‘spruce’ of Orfeão Madeirense will be celebrated with a concert where the repertoire will vary between traditional Portuguese music and contemporary international themes, transporting the audience in an authentic sound script. It will be a spectacle of choral music, but also of ballroom dancing, with the presence of the Prestige Dance group. Tickets cost 5 euros.
KairoS in the Taberninha Zé Vitoria – 10:00 p.m.
The musical trio composed by Cristina Coelho, Roberto Canessa and Miguel Moreira is back at ‘home’ with a repertoire that promises novelties, to accompany the specialties of the tavern of Santa Maria Street.
Miguel Pires at The Irish Pub – 22:30
Friday nights invite you to discover beers from all over the world to live music in the typically Irish pub, right in the center of Funchal.
Ladies Fever in Copacabana – 23:00
DJ Luís Gonçalves invites everyone to the Copacabana dance floor, on a night dedicated to the ladies. Ladies arriving before 1 am are entitled to three drinks on offer. In the open air, in the Garden, the musical animation is in charge of Michael C.
Friday and Saturday
Mister Teaser in Madeira
The master in the mix of disco / house, nu-disco and electronic music is back on the island for two events not to be missed. Frequent attendance at festivals in the four corners of the world, Mister Teaser conducts Friday night at Barreirinha Bar Café, and Saturday night at Mini Eco Bar.
SATURDAY, November 3
Yuri Didenko at Baltazar Dias Theater – 6:00 p.m.
For the first day of Madeira Piano Fest is scheduled a piano recital by the Russian musician Yuri Didenko, which will cover works by Rachmaninov and Tchaikovsky. Admission has a cost of 15 euros.
Madeira Camerata at the Legislative Assembly of Madeira – 6:00 p.m.
The string orchestra under musical direction by Norberto Gomes will be in the Noble Assembly Hall for a concert commemorating the music, full of masterpieces of musical creation. Tickets range between 5 and 15 euros, and can be purchased at the premises or at the La Vie Naturmente Português store.
‘Put yourself in the street’, at Queimada de Baixo – 7:00 p.m.
Wine tasting, handicraft show and gourmet regional gastronomy, a concert of Madeiran chordos. Ingredients for a lively late afternoon in the center of Funchal, an association of the Municipal and Cultural Association Xarabanda and IVBAM. Vitor Filipe, Lara Nunes and Ester Caldeira bring ‘the street’ the cordofones Madeiran from 20:00.
Parade of Rita Pessanha at Suncity – 8:00 p.m.
The collection of fashion designer Rita Pessanha will be announced in a fashion show at the Rua do Gorgulho restaurant. Admission is free and animation after the parade is guaranteed.
Fado Night at Central Train Station – 8:00 p.m.
Silence, that António Freitas will sing the fado. The night of the Central Train Station snack bar is dedicated to traditional Portuguese music, which will be accompanied with green broth, roasted chorizo, sliced ​​bread and sangria.
Robin Hird at the JAZZ House – 8:00 p.m.