MADEIRA THEME PARK TO BE FREE FROM SUNDAY 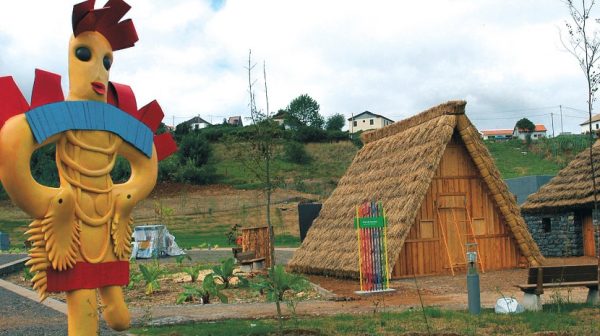 he Madeira Theme Park, located in the municipality of Santana, will start, as from next Sunday, on which day will celebrate its 14th anniversary, to be a free space.
That is, already on this day, access to all the garden areas, including craft workshops, Santana houses, labyrinth, playground and Zoom out objects, will be totally free for residents and visitors. Only the entrances to the attractions are going to continue to be paid for by the visitors.
This measure of the Regional Secretariat of Equipment and Infrastructures, through the Development Society of Northern Madeira, aims to bet on a new promotion strategy making the park more accessible and dynamic, valuing the natural, cultural and historical heritage, and disseminating more and more better, our island identity.
In addition to this great bet on free access to outdoor spaces, the President of the Board of Directors of the North Madeira Development Company, Nivalda Gonçalves, says that it is essential to find new public and mainly private partnerships to attract tourism to the north coast of Madeira.
Concerning the celebrations of the 14th anniversary of the Madeira Theme Park, it is worth noting that, on Sunday, October 21, a series of cultural initiatives will be held from 11:00 a.m. with performances by various folkloric groups in the Region, the Municipal Band of Santana and the prize giving of the 1st Photography Contest of the Madeira Theme Park, to mark the best way this event.
It is also worth mentioning that the event, which closes at 7:00 p.m., will count on the presence of the president of the North Madeira Development Company, Nivalda Gonçalves and the regional secretary for Infrastructure and Equipment, Amílcar Gonçalves, who, shortly afterwards, they will also participate in the anniversary dinner that will count with all the team that works in the Theme Park of Madeira and also with the collaborators of the Development Societies and respective members of the administration.